Visit St Peter’s basilica and uncover the hidden wonders of the Renaissance, like Michelangelo’s Pietà on this guided tour of St. Peter’s Basilica.

Explore the wonders of one of Rome’s most magnificent and well-known sites with a professional tour guide during St. Peter’s Basilica Tour. Discover for yourself why the philosopher Ralph Waldo Emerson described it as “an ornament of the earth…the sublime of the beautiful”.

Referred to as the Queen amongst the basilicas, the St. Peter Basilica is the largest church in Italy, and it’s built-in the Renaissance style of architecture. With its central basilica’s dome that dominates Rome’s skyline. On this St. Peter’s Basilica guided tour, you will notice that the entire interior of St. Peter’s basilica is lavishly decorated with reliefs, marble, gilding, and architectural sculpture. It’s incredibly luxurious and elegant.

Prepare to be in awe when you step inside St peter’s basilica. Not only is this temple of Christendom a religious landmark, but it’s more or less a piece of art. Study outstanding Renaissance architecture and witness art by Donato Bramante, Carlo Maderno, Gian Lorenzo Bernini, and more. Learn the story behind an ancient and legendary chair that the first-ever pope may have used. And get the facts on how and why Italy’s most prominent church was built! After your tour, stay inside for as long as you like. Soak up all that ambient charm of old before heading back out into the modern world.

Let your tour guide take you on an unforgettable journey through Vatican’s art & history!

Experience you don’t want to miss out on!

Join a guide for a special in-depth tour of one of Rome’s most essential and majestic buildings.

Visit St Peter’s Basilica and pay your respects to Saint John Paul II, head of the Catholic Church from 1978 to 2005.

Learn the story behind the ‘Chair of Saint Peter’, an ancient and legendary chair that may have been used by St. Peter, who was the first-ever pope. 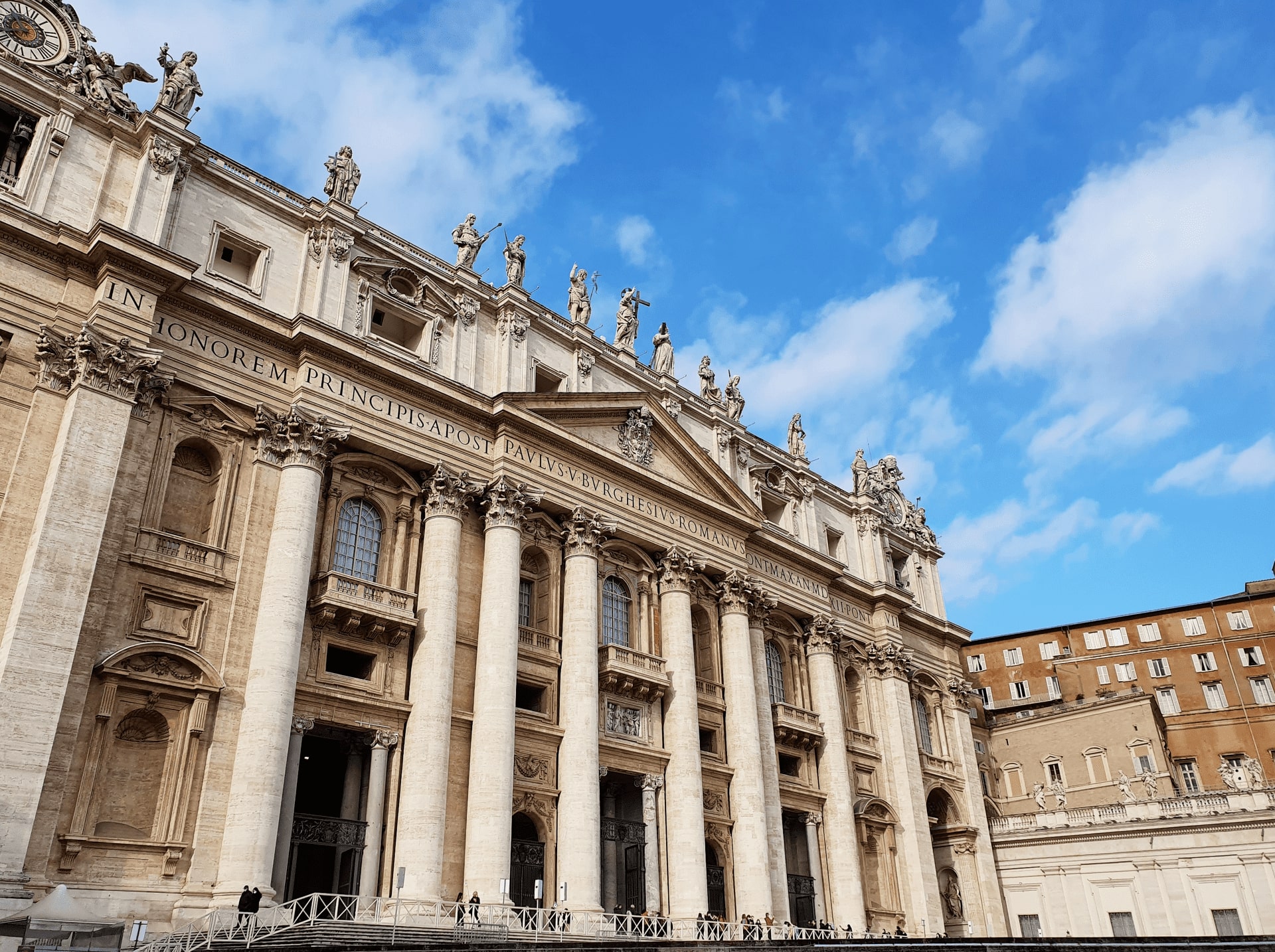 Can you tour St Peter’s Basilica?

Although entry to St Peter’s Basilica is free and you don’t need to buy a ticket to get in, you can opt-out for a cost of skip the line access or a guided tour. Booking a tour of the St Peter’s Basilica is something we highly recommend as it will give you a fantastic insight into this magnificent church, and you won’t have to wait in long lines to get in.

How much is a tour of St Peter Basilica?

The cost of a guided tour of St Peter’s Basilica may depend on the type of tour you decide to book. The St Peter’s Basilica Guided Tour is 28 €, and it is an excellent value for your money. It allows you to learn about the basilica from an expert tour guide.

How long does it take to tour St Peter’s Basilica?

The guided tour of St Peter’s Basilica approximately takes about 1 hour. After the tour, you have free time to explore the marvelous basilica at your own pace.

Is St Peters Basilica worth it?

Without any second thought – YES! St Peter’s Basilica is undoubtedly worth your time and money. A visit to this majestic church is guaranteed to be the highlight of your day spent in the Vatican.

Good to know before you go 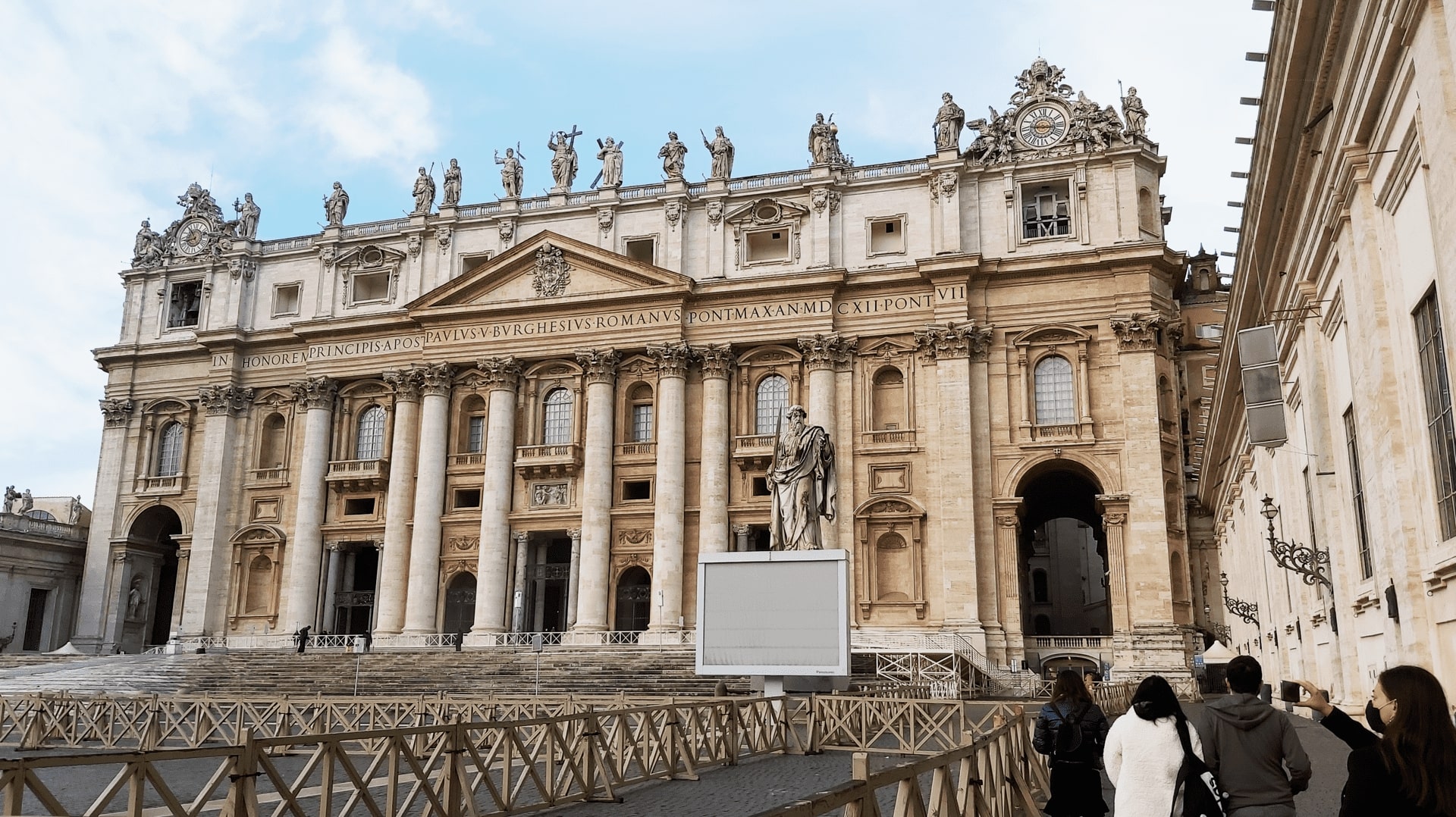 The structure is so big it is hard to take it all in. Our guide explained it all, but by bit. By the time we finished, we had a better grasp of the history and historical figures. Our guide also pointed out how to attend the papal ceremony each Wednesday, where the crypts started, and how to take the dome tour. We had a good time and would recommend this tour.

The most enjoyable guided tour

The magnificent interior of the basilica is worth seeing in person. In addition to the tour, we also went on St Peter's Basilica dome climb. The Dome climb was incredible, and we took amazing photos from there. The tour allowed us to have skip-the-line privileges, and it was one of the most enjoyable guided tours we had in the Eternal City.