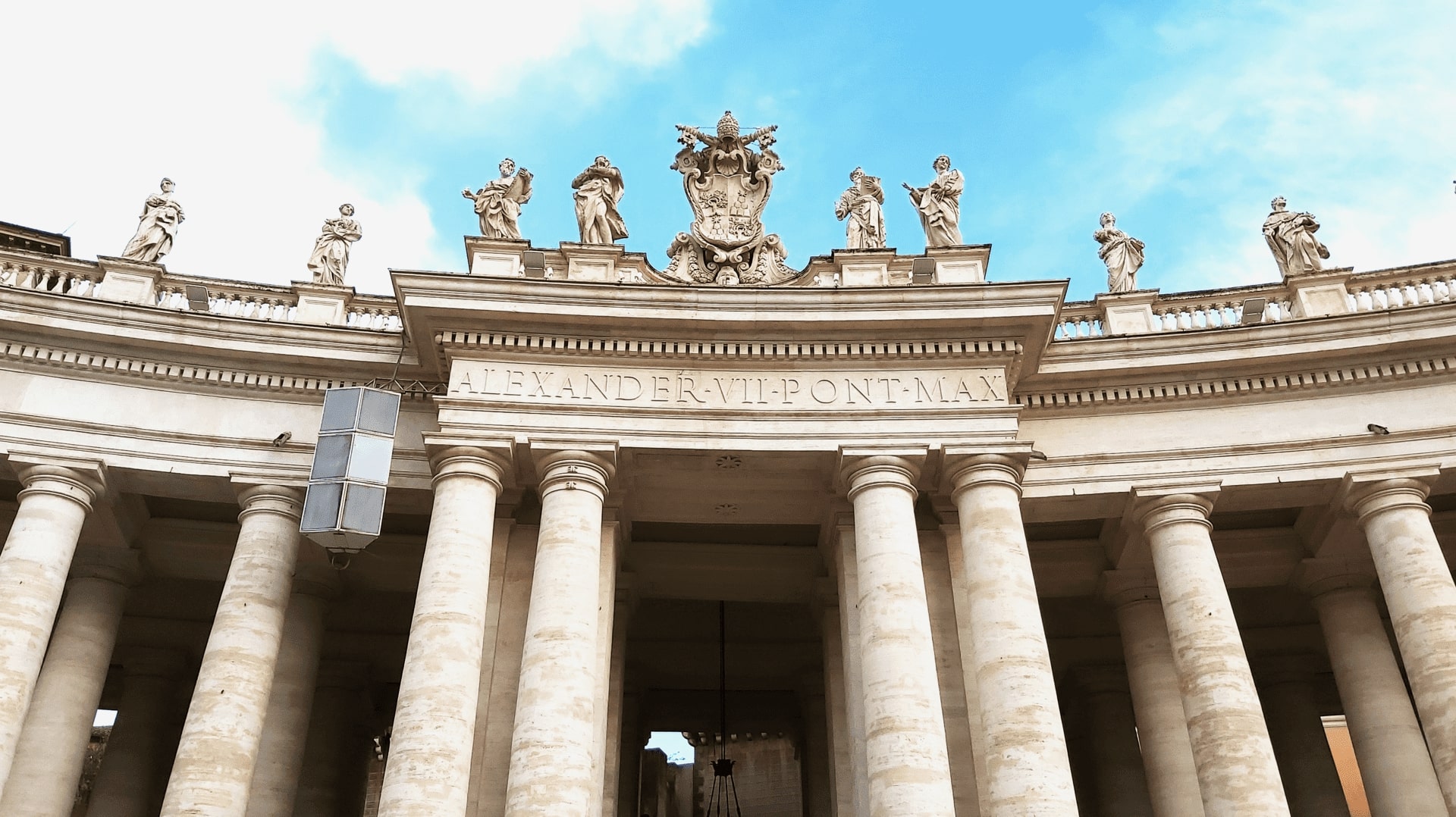 How did the Vatican City come into being?

The Vatican’s history as the Catholic Church’s seat began with constructing the basilica in the 4th century A.D., over St. Peter’s grave in Rome. The area evolved into a popular pilgrimage site and commercial district. However, it was abandoned in 1309, following the move of the papal court to France. Following the Church’s return in 1377, famous landmarks such as the Sistine Chapel, new St. Peter’s Basilica, and the Apostolic Palace were raised within the city borders. With the 1929s Lateran Pacts signing, Vatican City was established in its current form as a sovereign nation.

The area off the west shore of the Tiber River that comprises the Vatican was once a wetland region known as Ager Vaticanus. In the early years of the Roman Empire, it became an authorized region populated by expensive villas and a circus built in Emperor Caligula’s mother’s gardens. After the majority of Rome was destroyed in a fire in A.D. 64, Emperor Nero executed St. Peter. Other Christian victims were conducted together with St. Peter at the base of Vatican Hill. They were buried there in a necropolis.

After embracing Christianity in 313, Emperor Constantine I began the construction of a basilica in 324 that was placed over St. Peter’s tomb. St. Peter’s Basilica became a religious center for Christian wanderers, leading to a housing development for clergymen and forming a marketplace that became the thriving commercial area of Borgo.

Learn about Vatican City and Roman Catholic Church by going on a guided tour of the Vatican City state and finding out interesting stories and fun history facts.

Explore Vatican Museums before the general public arrives by skipping the ticket lines. Witness masterpieces created by Raphael, Bernini, Michelangelo and many more coupled with a visit to the Sistine Chapel and St. Peter's Basilica.

Uncover the hidden wonders of the Renaissance, like Michelangelo's Pietà in this guided tour of St. Peter's Basilica.

The Vatican continues to be the pope’s home, the Roman Curia, and the religious center for over 1.2 billion Catholic Church members. The Vatican is the world’s smallest independent nation-state. It covers 109 acres within a 2-mile border and possesses another 160 acres of holdings in remote locations. Along with the centuries-old churches and gardens, the Vatican keeps its own banking and radio, telephone systems, post office, newspaper, pharmacy, and television stations. The 600 residents of the Vatican City include the Swiss Guard members – a security detail charged with protecting the pope since 1506.

What is there to see in Vatican City?

Visiting Saint Peter’s Basilica is free, but you will have to go through big crowds and wait in long queues to get inside the basilica. For that reason, we recommend booking a hand picked guided tours and skip the line Vatican tickets. That way, you will have enough time to suitably see and explore the site and discover a bit about basilica’s history along the way.

Visiting St. Peter’s Cupola, unlike the basilica, is not free. But it is definitely worth the visit, and we strongly recommend that you do not miss it during your visit to the Vatican.

The Papal Audience is an opportunity for the Vatican visitors to see The Pope and welcome his blessing. It is held on Wednesdays if The Pope is in the Vatican. The Papal Audience consists of passages and small teachings preached by The Pope. They are customarily held in Italian, but also in English and sometimes in other languages as well. The Audience with the Pope concludes with a collective prayer held in Latin.

No visit to the Vatican City would be impeccable without touring the Sistine Chapel. Sistine Chapel is at the very end of Vatican Museums. So you definitely should not miss this impressive site when visiting the Vatican Museums. Book a guided tour of the museum, and your guide will tell you all about the basilica. Once you’re inside, make sure to merge in all of the world’s most famous masterpieces.

The pinecone courtyard (Cortile della Pigna) got its name after an almost 4-meter tall pine cone tree. The vast pine cone made out of bronze was initially found in the area near Pantheon in Rome, and it is said to date to the 1st century BCE.

The Vatican Gardens are a natural, artistic, and architectural space of incredible beauty and spirituality, flourishing across 23 hectares and taking up the majority of Vatican Hill. Here we can find several medieval fortifications, buildings, and monuments of the Renaissance and the Baroque, with parks, gardens, orchards, and a forested area of 3 hectares.

It’s difficult to miss the Tapestries Hall or the Galleria degli Arazzi while touring the Vatican Museum because you have to pass through it to get to the Sistine Chapel. But make sure to look around and pay attention to this great gallery.

Raphael’s masterwork, the Transfiguration, represents Matthew’s Gospel, showing the duel’s story between the human and divine nature of Jesus Christ.

Explore what’s inside the Vatican Walls at your own pace!

Don’t wait! These tickets are selling out fast!

Marvel at masterpieces like Michelangelo’s legendary frescoes in the Sistine Chapel an artworks from antiquity in the Papal collections of the Vatican Museums. Enjoy optional access to Vatican Gardens and the Papal Villas.

Vatican City Pass includes a skip-the-line ticket for Vatican Museums and Sistine Chapel, a guided tour of St. Peter's Basilica, and an informative audio guide to the City of Rome, as well as hop-on-hop-off bus access. 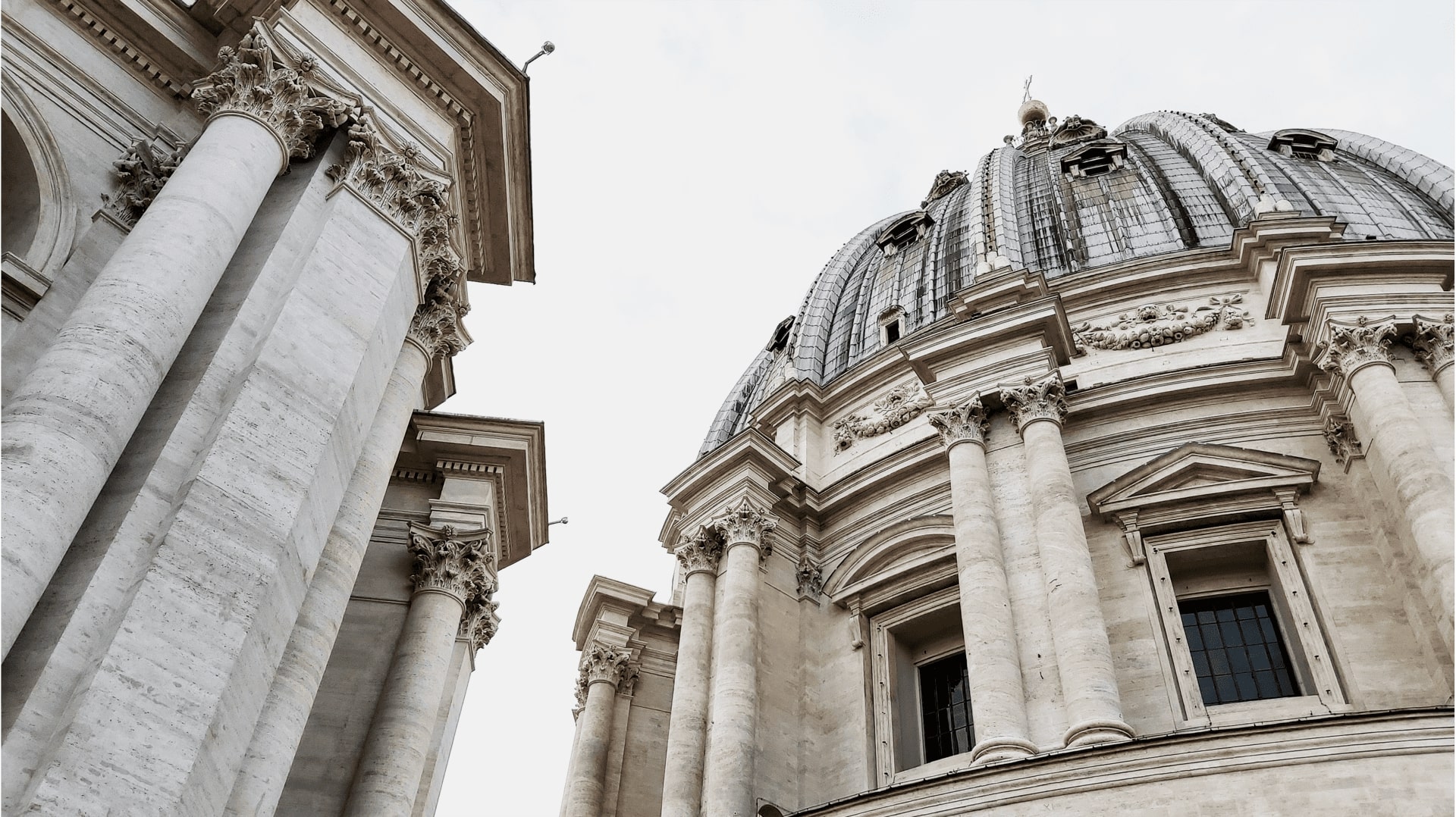 What is the history of Vatican City?

Vatican City’s history as the heart of the Roman Catholic Church began with the Saint Peter’s Basilica construction. The Vatican City State took its current form as a sovereign nation back in 1029 on the 11th of February with the signing of the Lateran Pacts signed by the Italian Government and the Holy See.

Why Vatican City is a country?

Italy was divided into many separate states up until 1871. One of the states was the Papal lands, which the Pope ruled, and it covered around 1/3 of the country. When Italy became one country, the Pope lost a lot of territory and power. In order to settle what was called the “Roman question,” on the 11th of February, 1929, the Lateran Treaty was signed between the dictator Benito Mussolini and Pope Pius XI. The treaty was signed to keep the Pope from meddling in any political decisions that would be made in Italy. That’s when the Vatican was given the sovereignty it sought as an independent country.

Book a guided tour and explore the centuries of art and culture!

From the top of the St. Peter’s Basilica Dome to the underground of St. Peter’s Square explore the centuries of art and history accompanied with an expert guide.